An aura is an energy field that surrounds each and every living thing. Auras come in different colors and intensities, depending on the person that they surround. Each comes with it a different meaning. Some people may have multiple auras or you might see a rainbow effect. Still, other people have certain colors over specific parts of their body or chakras, which may include a white aura located over the person’s crown. Reading auras is a skill.

I’m often asked what does a white aura mean. White auras are a relatively unique color amongst the spectrum of possible aura colors, and they can have a variety of meanings. One major sign is the beginning of a journey or reaching the destination. The energy of white auras generally illustrate purity and may indicate someone is in a pure state or have recently been purified. A common example is a newborn. These children tend to have white auras as they have not been corrupted by day-to-day living and interactions that affect their state.

People with a connection to the spirit world also tend to be represented with a white aura. These may include psychics or people with well-honed intuition. In this vein, white auras are generally linked to holiness or wholeness, especially as they are enlightened on a spiritual level.

White auras tend to be relatively uncommon as compared to other types of auras. They are in an unaltered state and represent the limitless potential of the human spirit, especially if you open yourself to the possibilities around you.

People with a white aura are often known to be empaths, but not all of them are. On some level, many of these people have a natural ability to sense when another someone is feeling “off” and want to help them get back to a normal state.

Someone with a white aura will generally have a sensitive and honest personality. This trait can make people with a white aura fall victim to those that are deceitful. Because they tend to think that everyone acts like them, they may be readily swayed or manipulated.

Those with a white aura often have a protective nature about them. Often influencing their career choices, they tend to shield others or protect those they love that are vulnerable. It can be a very compelling force in their lives.

White Auras Around a Person’s Head

When a white aura is noted around a person’s head, they tend to have a sensitive and honest soul. Many of these people are empaths, although not everyone that has a white aura around their crown has this particular skill set. With a white aura, you may, in turn, start to learn to see auras around a person’s body or head through different techniques.

A white aura is considered a pure state of being or light. It can represent a form of energy within the aura that has not yet been assigned to another form. People with a white aura often have a connection to the spirit world. This includes people such as psychics and mediums. When one of these people make a connection to the spirit world, the aura over their third eye chakra or crown is often white.

A white aura around a person’s head also has a heavy religious connotation or a spiritual meaning. Jesus was often illustrated with a white halo around his head.

A White Glow Around Someone

A white glow or light around a person is generally a representation of the person’s aura. The light isn’t always white or solely white. Many people actually have multiple colors in their aura, and with a white aura, this is especially true as white can encompass all of the other colors. Some people have a silver or yellow color to their aura. Pure white is considered the rarest, as well as the purest, auric color.

A white aura around a person is often just visualized as a flicker of light. The reason for this is that auras constantly change with both our moods and our energies. For an aura to stay white, the person generally needs to be very spiritual and honest, generally reaching an enlightened state.

The Spiritual Meaning of White Light or Energy

When you see someone with a white aura, there is often a spiritual meaning or link to that person’s self. The feature is largely linked to purity, which is why most religions use the color white, especially symbolically to indicate purity. Examples of this include baptism gowns and wedding dresses, and priests often wear white robes during services.

There is a spiritual energy-related to white lights or auras. It is linked to people with a connection to the spirit world, and religious figures may be pictured with a white light around their heads, such as in the case of depictions of Jesus.

When someone has a consistently white aura typically has reached the highest stages of enlightenment. They include both religious figures and everyday citizens, but they tend to be beyond thinking about earthly concerns and rather focus on higher levels of being. They are often featured with grace in their actions.

Auras can shift in their intensity, as well as color. Some people have a lighter color of aura than others, although this doesn’t tend to be a feature of white auras. Examples include a person having a light blue aura as compared to a dark blue aura. The color of auras tend to be linked to changes in lightness or intensity.

A light aura may have different meanings, depending on the underlying color. For example, someone with a light yellow aura, could be a sign that someone has undergone a spiritual change in recent times, such as starting a spiritual journey while others may be learning about a latent psychic gift. A light blue aura, on the other hand, symbolizes a serene self in someone who typically communicates well.

A Clear or Brightly Colored Aura

A clear aura or a bright aura tend to represent purity of thought, and the person with them tends to not have muddied thoughts or negative emotions. Without this clarity, the body tends to lack a degree of balance and is not in homeostasis.

“Energy vampires” may put a drain on a person with a clear auras overall energy. This doesn’t have to be a conscious thought for the lower-energy person who is pulling energy away from the brighter aura. For many of these people, it just feels better to be around the energy of a person with a brighter aura and has a more positive effect on ones self.

If you’re looking at a person’s aura, you may notice that sometimes the aura of a person becomes more clear. This may occur during spiritual activities such as meditation. During this process, the focus of the body and mind is not on the range of emotions they might be feeling, allowing the person to get closer to an enlightened state, which produces a clearer aura.

You may have wondered what it means if you have a white aura. If your aura is noted to be white, you may have psychic abilities, which could be latent. You might also just have a well-developed intuition. You may also have connections that link you to the spirit world.

During the day, your aura might change from a color to white. This change can happen at different times, such as when you meditate properly. At this time, your mind is focused rather than muddied by concerns and thoughts, so it is more likely that your aura will be white. Your aura may change to white when you’re looking at something of significant beauty or purity, such as sitting outside and reflecting on the nature that surrounds you. Nature can have a very positive effect on our self and can help to increase energy, love, and healing. It can even change when you are around others or with a very beautiful person.

People with white auras often have a healing aura. Because of this trait, you may have people that need to be healed or who have lower energies drawn to you. With this tendency to heal or help, a common work environment for a person with a white aura is in the medical field, such as a hospital. Because your aura can change colors and flicker, don’t be surprised or alarmed if it isn’t always white.

While solely white auras are relatively rare, you can generally find it in combination with other aura colors. Depending on the combination, the meaning changes. If you know what color your aura is, you can better predict how you will respond to a given situation. 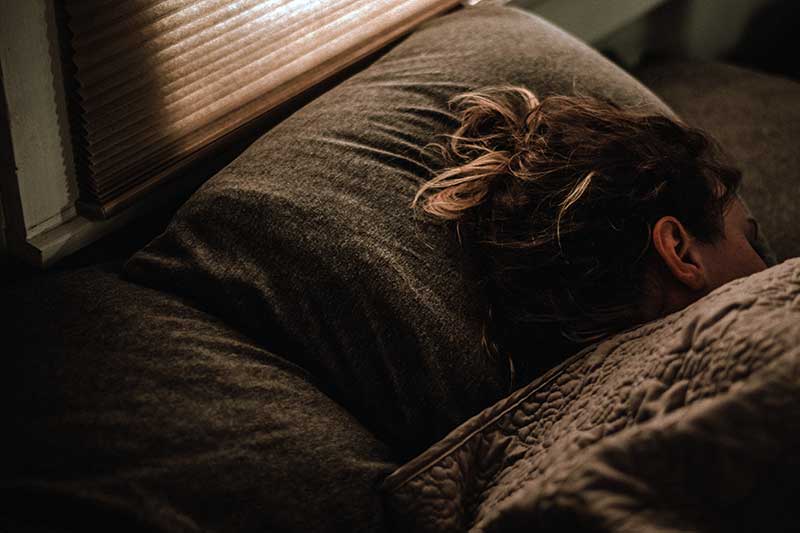 Dreams About Getting Robbed – What Does it Mean?
If you’ve ever had a dream about being robbed, you know just how disturbing that it can be. Even if 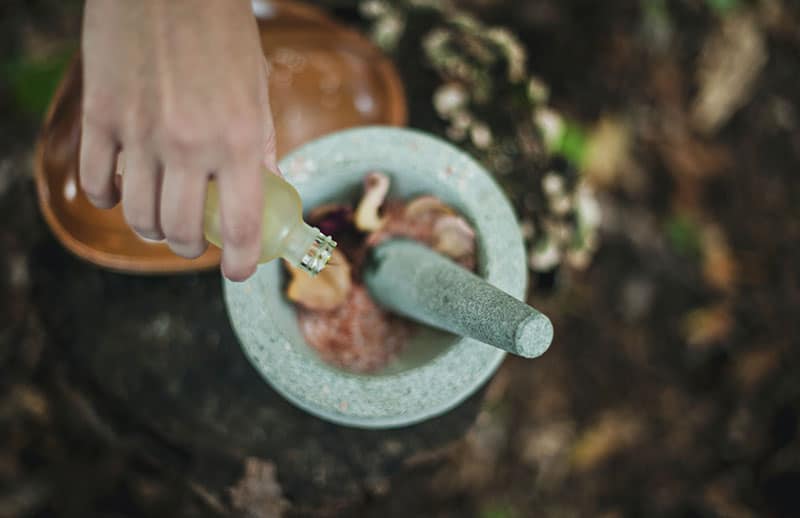 What is Magick? Types Explained
Magick or sorcery are words with Latin and Old French origins that refer to "the art of influencing events, persons, 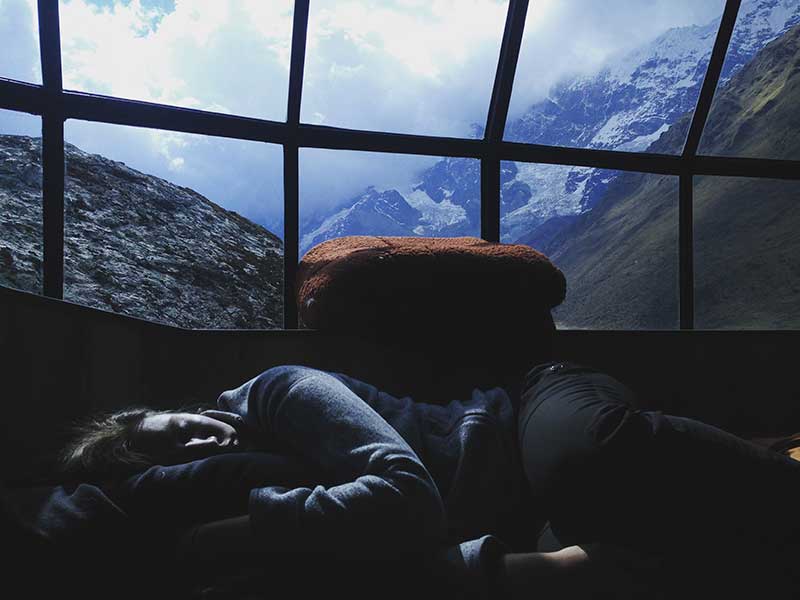 What is Dream Walking? – Everything You Need to Know
Have you ever heard of dream walking? If not, then prepare to learn all there is to know about it!