What is a Dogman? Dogmen. Werewolves. The loup-garou. Whatever you call them, creatures that look like a perfect cross between man and wolf have been a part of American lore for ages. The myths allegedly came from Europe, where rumors of dogmen were fairly common even as late as the Middle Ages.

The Dogman Legend: For the most part, society accepts that dogmen simply don’t exist. Though they’re generally written off as Hollywood kitsch, people still regularly see them in almost every part of the country. So, what’s going on? What can we glean from these strange sightings? Let’s take a look at some sightings to find out.

For decades, locals throughout the state of Michigan swear they’ve seen “something” in the woods that resembles a dogman. The legend is always the same. The dogman has the body and upright posture of a man, the head and fur of a dog, and hands that are eerily human.

On Reddit, one user by the name of u/builtbybama_rolltide1 claimed her relatives saw a “Bigfoot mixed with a wolf” during a brief hunting trip in the woods. After the sighting, her family was so panicked that they refused to let her go outside alone and insisted on teaching her how to shoot a gun.

This could be chalked up to just seeing things, but it’s not possible to explain how wolf tracks twice the size of normal were found on the ground. Eerier still, the Michigan dogman they saw apparently left claw marks on trees as high as eight feet off the ground!

Imagine going out for a walk with your dog at night, only to be accosted by a wolfman while you’re on your trip through suburbia. That’s precisely what happened to u/PrincessAloria. She was walking her tiny dog when she came face to face with a wolfman with gold-red eyes. It growled at her.

Not knowing what else to do, the Redditor picked up her tiny dog and ran. The being chased after her. She kept running until she no longer heard its massive footsteps behind her.

One Reddit user had a seriously terrible night after he woke up from his sleep, heard a noise, and saw a hunched-over dogman standing at his window. The terrified user claimed that the creature had to be at least seven or eight feet tall, and that it stared directly at him.

What really caught u/xommxco’s attention was the eyes. The eyes were pitch black, soulless, and predatory. Terrified by the predator outside his window, he closed the curtains and fell asleep. In the morning, he started to hear something like a large dog panting. It grew ragged, and then eventually the panting started to grow quieter. The dogman walked away.

The Beast of Bray Road

Perhaps one of the most well-known dogmen in America allegedly resides on Bray Road in Elkhorn, Wisconsin. Much like other reports of dogmen, the Beast is said to be bipedal and well over six feet tall, often going so far as to hunch over to look at humans it encounters in cars.

Most witnesses who’ve seen the creature wandering around Southern Wisconsin see it crossing roads as it disappears into the woods once more. The beast definitely doesn’t seem friendly towards humans, but it also doesn’t usually attack cars.

The Bipedal Dog of Texas

Most dogmen are described similar to Hollywood-style wolfmen, with a 50/50 mix of human and dog features. They have human hands or feet. They have abs like a human, they stand up similar to a human, and some even claim their eyes look a little more human than normal.

Once in a while, though, people see dogmen who are far more dog than man, and that’s what happened to a group of young adults traveling through McAllen, Texas. They first saw the pitch-black Great Dane by the side of the road, running at an abnormally high speed.

Things got strange when the “dog” stopped in the middle of the road between cars, calmly got up on two feet, walked across the road, then went back down on all fours to scamper away. Was this a dogman, or just a very strange dog?

It Wasn’t a Bear

One pair of people didn’t just see a dogman; they ran over one! According to an interview with a retired ranger, he and his then-coworker were looking for dead animals to remove from park premises when they hit what appeared to be a bear with their Jeep. When they got out to pick the “bear” up, they quickly realized it was something very, very different.

Upon examining the body, the rangers realized the hairy creature had human legs, hands, and feet. Its body was well built, with the ranger claiming it had the physique of a “UFC fighter.” Its face, though, was definitely not human. It had dog-like ears, fangs, and a long protruding snout like a dog.

Other rangers were quickly called to the scene, and none of them saw anything like it. The two were asked to come back to headquarters. They filed a report, led them to the scene of the accident, and the body was already removed. All that was left were patches of hair underneath the car.

Here’s where it gets really stranger.

Government agents took hair samples and questioned them. They told the rangers they “ran over a bear” and warned them to never speak of the matter again. One has to wonder why they needed to keep it a secret…

Throughout much of medieval history, Europeans had a firm belief that a race of men who had the heads of dogs existed. They called them cynocephali, and were believed to be intelligent but war-loving beings wary of humanity. For the most part, we’ve written these off as Christian tales of the strange.

Until, of course, people started to see them.

Around Skinwalker Ranch in Utah, a group of people were wandering down a road head a group of men talking. They turned their attention to three figures with their backs turned to them, all wearing suits and smoking cigarettes. One of the “men” turns its head to the group, and it was then they realized it wasn’t a group of humans.

All three of the “men” had heads of dogs. More specifically, they looked like Doberman Pinschers. Terrified of what they were witnessing, they bolted out of the area and didn’t look back.

For the most part, dogman sightings tend to be terrifying because of the fact that you’re seeing something clearly paranormal in the works. That being said, it’s not entirely rare to get an overall feeling of impending doom around these creatures. That was what happened when one poor woman got into her car, looked in the rearview mirror, and got the fright of her life.

Right in her rearview mirror, she spotted a dog that was pitch black, walking behind her car on two hind legs. The dogman (or hellhound) looked at her, then continued to walk by a tree, where it vanished into thin air.

When the woman saw the creature, she immediately got a sense of dread. Later on, her friend’s husband had a nearly identical incident. Could this dogman be an omen of doom, or was it a creature from another dimension that just dropped by?

“This Thing Was Evil.”

If you believe the stories, then you better want to run if you see one glare at you. On one podcast, a man claiming to be ex-military recalled his encounter with a dogman while he was traveling with his girlfriend. Like with most other sightings, the dogman was spotted while crossing the road.

When they drove past, both he and his girlfriend got the impression they had a close scrape with something seriously evil. Had he not seen it himself, he admitted he’d never believe the story he ended up telling others.

It’s difficult to figure out what dogmen are. Are they a different species? Humans who shapeshift? Ghosts? Well, one Redditor by the name of u/joshnano90 believes they might be skinwalkers after his encounter with a dogman.

Like with most other dogman sightings, the creature was described as a wolf-human hybrid with long, shaggy fur that stood on two feet. It was massive, and had bold yellow eyes. However, that’s where things got a little stranger. The eyes never really reflected any light, despite light shining directly on them. They seemed to glow from within.

Along with the strange reflections, a smell of decaying flesh and wet dog permeated the area. It paced towards their truck and made moves like it was about to attack. He and his friend drove out of there, absolutely stunned by what they saw. 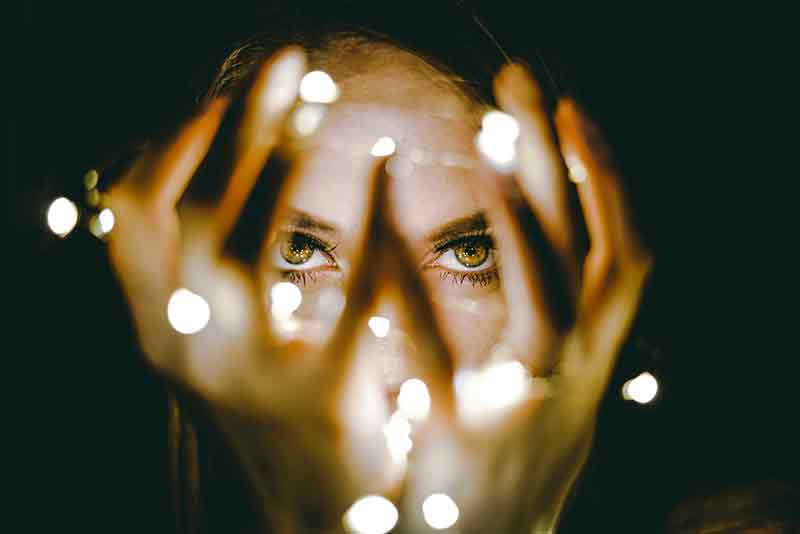 What Is A Medium? How Are They Different From Psychics?
When people first start getting interested in the paranormal or the unknown, one of the first people they’ll meet is 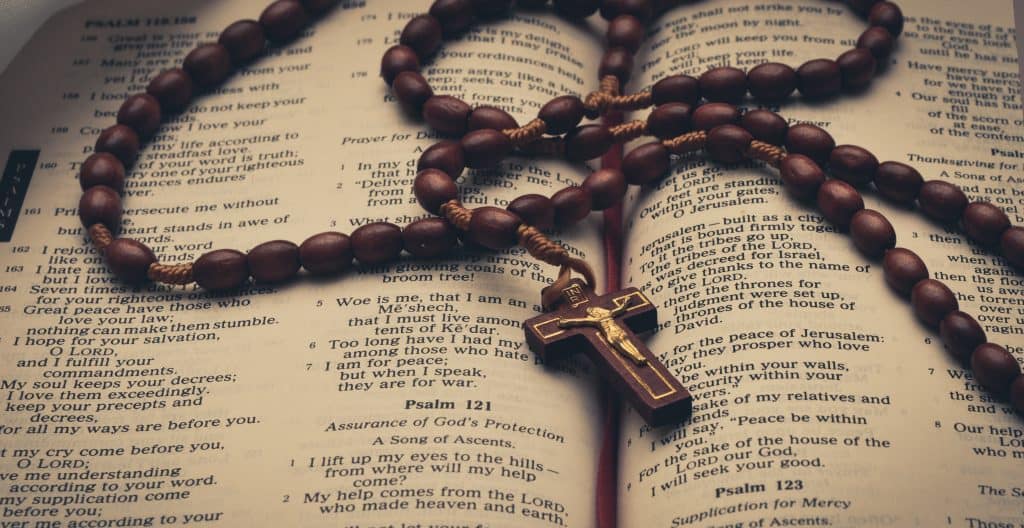 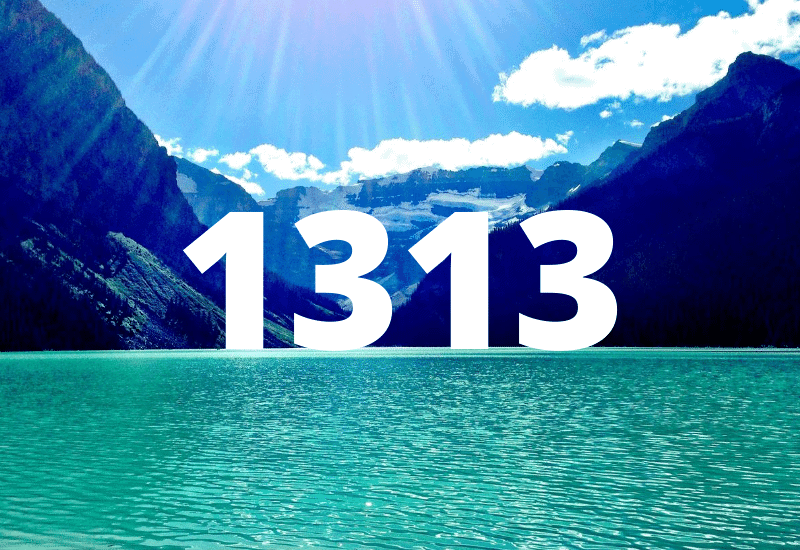 Angel Number 1313 – What is the Meaning if You Are Seeing it?
Have you noticed a sudden abundance of repeating numbers in your life? Are you wondering what the relevance of these