Have you ever been sitting, minding your own business, when all of a sudden your nose starts aggressively itching? Most of the time, this could be attributed to normal, physical side effects of things like the common cold or seasonal allergies. But, if you’ve ruled out a physical cause, many are left wondering… is there another reason that my nose is so darn itchy?

Could An Itchy Nose Be Paranormal?

Since the 17th century, people have been curious about paranormal causes of the various physical ailments. When all of the obvious causes have been ruled out, it’s natural to look for another, less common culprit. When you think about it, our physical body is essentially just a complex series of nerves and receptors that keep us alive through our “fight or flight” response. They are constantly picking up hints from the world around us, whether we are aware of it or not.

So the answer to that question is both yes and no. An itchy nose may have a “paranormal” reason behind it, but it may just be that your body is aware of things that you are not consciously in tune with. That’s just the way our body works!

Whether or not you choose to believe any paranormal meaning behind nose itches is really up to you and the belief system that you follow. However, as we’ll discuss, noses are actually quite important even on a spiritual level. Believing in the power of these signs can be a very Christian thing to do!

What Does It Mean When Your Nose Is Itchy?

The nose is a very important part of the body, and has been since Biblical times. At the very beginning of the Bible, man was formed when God breathed life into man’s nostrils. That also means that the nose has a very significant spiritual importance, which is why it is the subject of so much folklore.

In fact, there is an abundance of different lore and superstition surrounding a randomly itchy nose. Lets look at a few of the more common theories for an itchy nose. These come from a variety of different countries, and each has their own theories on what it means when the nose itches.

One of the most commonly believed superstitions about itching on the nose is that it is a heads up that someone could be coming to pay you an unexpected visit. While this lore started in South America, it has since spread into the rest of the world, and is one of the most common beliefs regarding itchy noses. In other cultures, the meaning of an itchy nose is not a human visitor, but a spiritual one (like an angel or even the holy spirit).

Another common belief is that, when your nose itches, your body is receiving a warning that you may be heading towards a big fight with someone. While none of the folklore about the nose specifies who that fight may be with, you may be able to figure it out based on some of the lore surrounding where on your nose you are noticing the itching (we’ll discuss what an itchy nose means in relation to specific sides of the nose in a minute).

Spiritually, some cultures and spiritual beliefs think that an itchy nose could mean that you are going to receive a spiritual gift soon. Spiritual gifts could mean a variety of things, but common interpretations are gifts of wisdom, healing, faith, prophecy, and even potential miracles. No wonder people have been taking an itching nose so seriously!

What About Specifically Right Side Nose Itching?

So, now that we’ve looked at some of the general lore surrounding an itchy nose, what does it mean if that itching is only happening on the right side of your nose?

In fact, there is superstition that surrounds this exact scenario!

When we consider an itchy nose to be related to receiving a visitor, having a nose that itches just on the right side means that it is likely that you will get a visit from a female soon.

Some people also believe that this type of itchy nose could refer specifically to romantic interactions, and that someone who loves you or will fall in love with you is going to enter your life soon. An itchy nose has never sounded so good, right? One could get used that that type of warning!

How About Left Side Nose Itching?

Instead of someone visiting who is female, that someone is more likely to be male. Pretty cool, right? Who knew that having your nose itch could tell us so much!

People can use both the right and left side nose itches to help them gain insight into events that may come to pass in the future, like the gender of the person they may soon end up fighting with! That makes it a pretty powerful tool.

Ok, So What About Other Parts of the Nose?

In addition to itching that just happens on the right or the left side of your nose, there is also folklore surrounding a few other areas that may be itchy.

For instance, when the area between your upper lip (known as the “philtrum”) itches, it may mean you are due for a positive financial windfall!

If the area of your nose that separates your nostrils (known as your nasal septum), that may also mean money is coming your way!

An itch on the bridge of the nose can be a gentle nudge that you are being too loud, and that people are talking about it behind your back.

For a nose to itch on the inside (where it itches inside doesn’t matter), it is a bad omen and indication that you could find yourself facing some sorrow soon.

If your nose is itchy on the outside (again, the area of the nose that is itchy outside doesn’t specifically matter), you may soon become very annoyed with someone or something. Some people also believe that, if your nose itches only on the nostril (on either side), it could mean that you may be getting an unexpected kiss soon!

If your nose itches all over, some cultures believe that is incredibly good luck! So, even though it may be annoying, remind yourself that it is just a little bit of bad before a whole lot of good.

An Itching Nose Could Be a Reminder

Other than the superstitions mentioned above, there is one last potential meaning for what an itchy nose could mean. Instead of being a form of fortune telling and prophecy, there are some that believe that the itching is actually a reminder from the universe to be more present in our body. If you’re noticing that your nose has been itching a lot more than normal, it may be that the universe is trying to send you a sign that you need to be more mindful about staying in the moment. Gives new meaning to the phrase “follow your nose,” right?

If your nose itching just doesn’t seem to ever go away, it may be telling you that you’re following the wrong path. The itching will continue until you identify what in your life is “wrong” and take steps to fix it. It’s like a giant game of “hot and cold.”

I’m Confused… Is An Itchy Nose a Good Thing or a Bad Thing?

Like most superstitions, an itchy nose can go either way. Some cultures are more prone to interpreting the itch as good thing, while others consider it a bad sign. It really all comes down to how you personally choose to look at it. Overall, though, when it comes to the about of different lore out there, there are far more positive theories on the meaning of an itchy nose that exist than negative ones. People choose to interpret it in different ways, and those choices are just as important to what the significance is as the actual itch itself. An itchy nose means what you want it to, at the end of the day. Follow your heart (and your nose). It won’t lead you in the wrong direction.

We’ve talked a lot about what an itchy nose could mean, but we’d be remiss if we didn’t mention one last thing. If your nose itches, and the itch doesn’t seem to stop, it is important that you get it evaluated by a medical professional. While there aren’t many serious reasons for a nose to itch, anything new that happens to your body should always be mentioned to your doctor. Don’t ignore an itchy nose, both physically or metaphysically. It could be trying to tell you something important either way. Or, it could just be seasonal allergies. You won’t really know until you stop and take it seriously. In the end, your nose truly does know(s)! 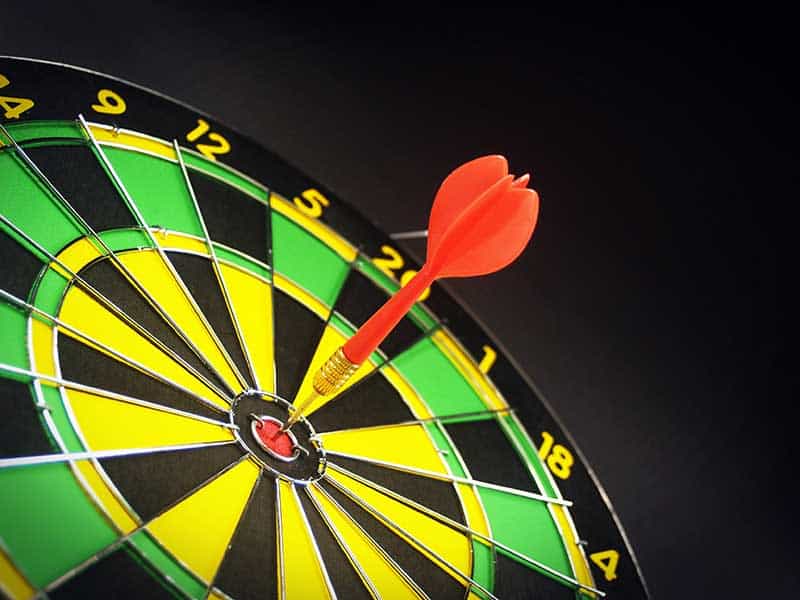 Lucky Numbers Dream Guide for 2021
Did you have a dream and knew that it meant something important? Are you getting ready to place a bet 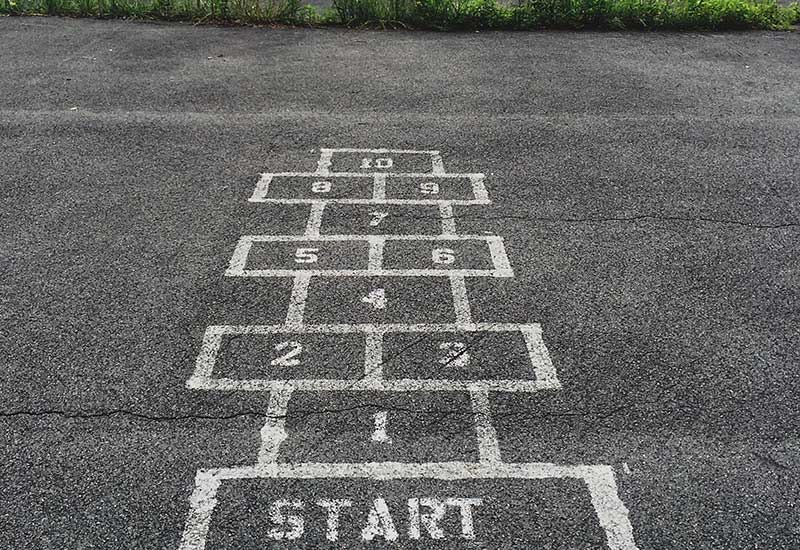 Numbers In Dreams – What Do They Mean?
Dreams are our abstract thoughts, feelings, emotions, and ideas jumping around in our minds while we sleep. They are full 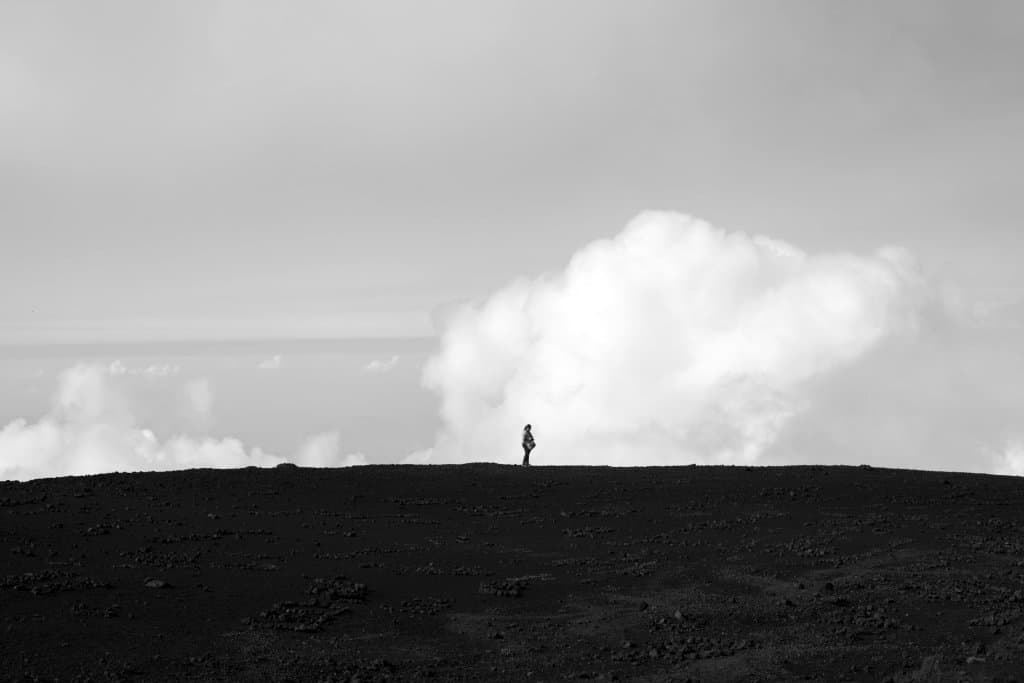 Is Manifesting a Sin? Be Sure to Read This First!
Many fear that manifesting may go against the teaching of their religion, however, the act of manifesting is not a