We go through life trying to avoid wasps. There are not very many people who consider wasps pleasant. We shriek when they are near and want to be as far as possible. Some people are even allergic to wasps and have severe reactions if stung. Unfortunately, these little insects can make their way into your dreams too.

If you have been dreaming about wasps recently, then be sure to read this all the way through. Remember, you are not alone with your dreams; thousands of people dream of wasps and have interpreted their dreams to help you get a better understanding of what is going on in yours.

You may get wasps and bees confused, but that is okay. Generally, wasps are scarier. They are more likely to attack you than bees. Bees have a job within their colony, and unless you mess with the hive, they have no reason to attack you. You will know if you are dreaming of a wasp because they are naturally aggressive.

Are Wasps a Good Omen?

Wasps are negative both in real life and in your dreams. In general, you don’t really want to see a wasp, and the same goes for dreams. Here a few things that a wasp can symbolize in a dream:

Wasps, like bees, are social creatures. It makes sense that they can symbolize the spread of information. The wasp in your dream could mean that new information is coming your way. Don’t think too positive though. Often, the news is in the form of gossip or misinformation. Be wary of those around you and how they communicate. Try to avoid any miscommunication that can lead to passive-aggressiveness.

If gossip is spreading about you or someone close to you, be sure to get to the source. Is there someone who began the gossip? Talk to them and try to settle any animosity that may exist.

Rather than symbolizing a situation that can lead to aggression, wasps can also symbolize the aggression itself. In general, wasps are aggressive insects. If you have ever swatted one away, you are familiar with this. Instead of flying away, they come back to sting. Unlike bees that die after stinging, wasps can sting again and again without dying. The aggression that it symbolizes can be your own feelings as well.

When going throughout the day, monitor your feelings. Are you becoming unnecessarily frustrated? Try to take a second to calm down. Your aggression could affect others around you.

An Evil Person in your Life:

A wasp can also symbolize someone evil within your life. This can go hand in hand with the wasp symbolizing new information. If the information has a malicious intent, then it’s possible that this ‘evil’ person in your life is spreading it. Look out for those around you who seem to have ill intentions. Instead of ignoring them, speak up! Confront them and ask what is going on.

You may be near an evil person that you just need to cut from your life. Don’t feel like you must suffer to make others happy. Your own happiness is important, and ‘evil’ people have no place in your life.

Overall, wasps are not a good omen. Their appearance is not positive, and you should take it seriously. Try to remember the details of your dram so you can interpret the wasps meaning when you wake up.

Dreaming of Wasps in Your Hair

If a wasp is in your hair, then this may symbolize your actions towards the goals you have. This can be a little confusing, so think of your hair as your head. Your head contains thoughts and goals that you have and want to achieve. In the dream, a wasp getting stuck in your hair interferes with these goals.

While awake, try to think of your goals. Think hard of goals that you may have not even acknowledged yet. This could include long term goals that are in the future, like retirement or starting a family. Is there anything standing in the way of these goals? This could even be your own fears stopping you from doing something. You should be living the best life possible, without having your goals blocked by yourself or others.

Hair by itself has its own meaning in a dream. While you may think of it as just hair, often, it symbolizes your strength and thoughts. It makes sense that is a wasp is caught in your hair, it is symbolic of them interfering in your life.

Dreaming of a Dead Wasp

While a wasp can symbolize anger and aggression, a dead wasp symbolizes the ineffectiveness of these feelings. For example, imagine you are the one with aggression towards someone around you. The dead wasp in your dream symbolizes that the anger and aggression doesn’t have a real purpose. You may think that the other person is understanding, but in reality, they don’t. You may just come off as rude and they shrug it off.

To help prevent this, don’t hold anger within yourself for too long. If someone is bothering you, confront them, and talk about it calmly. It is not healthy to bottle up emotions. If the dead wasp symbolizes someone around you who is aggressive, try to talk with them. Don’t get angry back and create a cycle. Most problems that stem from miscommunication can be fixed with a calm discussion.

Above, I also mentioned that a wasp can symbolize new information. If this is the case, then a dead wasp (or a dying wasp) can symbolize the end of this. Misinformation in the form of gossip will come to an end soon. Look for signs of this in your life and be sure to stay positive. If you remain negative after this dream, there is a chance that the ‘end’ won’t come.

If you are the one killing a wasp in your dream, then the end of the misinformation or aggression is led by you. This symbolizes that you have the power to change what is going on, rather than others around you putting an end to it.

What is the Spiritual Meaning or a Wasp Sting?

There are also spiritual interpretations for being stung by a wasp during the day. Many people believe wasps to be a ‘warrior’ in nature. Therefore, the wasp stinging you because it is telling you to get in touch with your spiritual self. You may have lost touch of who you are, but this is a sort of ‘wake up’ call to help guide you.

In the Bible, wasps aren’t so great. Wasps and hornets are used as tools sent by God to get rid of people. In several verses, God sends hornets to groups to kill or chase away. If you are religious and dream of a wasp stinging you, you may want to take this seriously. Consider what is going on in your life and think about anything that you could change for the better.

Interestingly, there is a wasp named after Set, the Egyptian God of War and Chaos. Set is known for trapping Osiris in a crypt, then killing him and cutting him into pieces. The Euderus set wasps are parasitic and develop from ‘crypts’ that are laid into the nests of other wasp species. These parasitic wasps are often referred to as ‘crypt-keeper wasps’ as well.

This is all a bit terrifying, so seeing this type of wasp in a dream is very important. It may seem hard to identify the wasp, but their parasitic life is a great way to identify them. The wasps also ‘control’ the host into performing small tasks, such as drilling through the side of a nest. Overall, you don’t want to dream of this wasp because it could symbolize something sinister.

Overall, you do not want to dream of wasps. They don’t bring good news with them and you should take action to avoid dreaming of them in the future. This is easy though! Just try and live a life that doesn’t negatively impact others.

Now you should know all about wasps in dreams and what they symbolize. Take all this information as guidance to help you find the meaning of your own dreams. 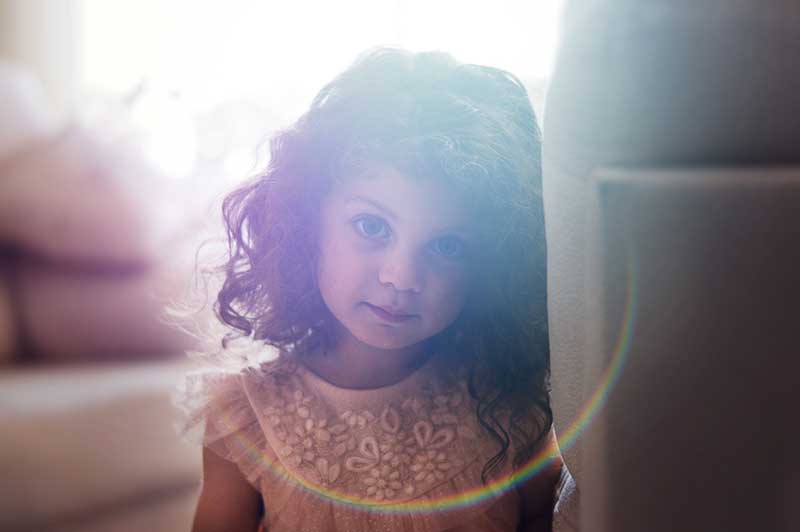 10 Signs Your Child Is An Indigo Kid
In the world of spirituality, there is a widespread belief that humanity is undergoing a new set of changes. It’s 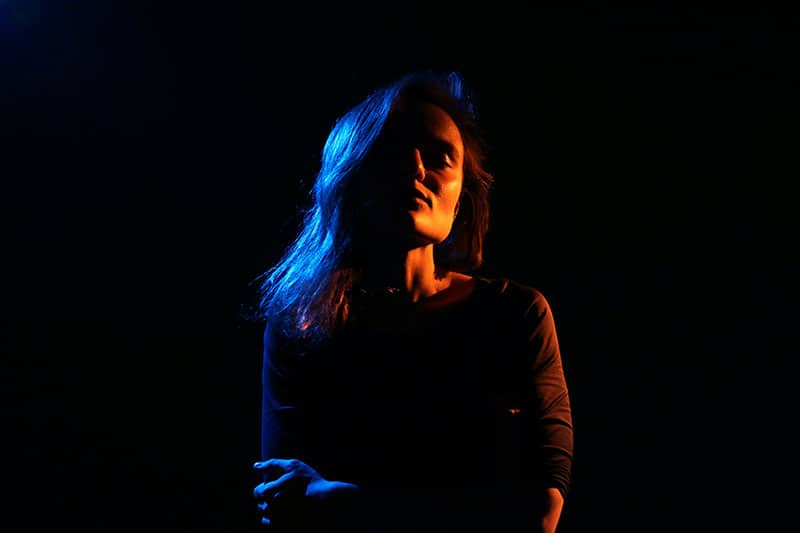 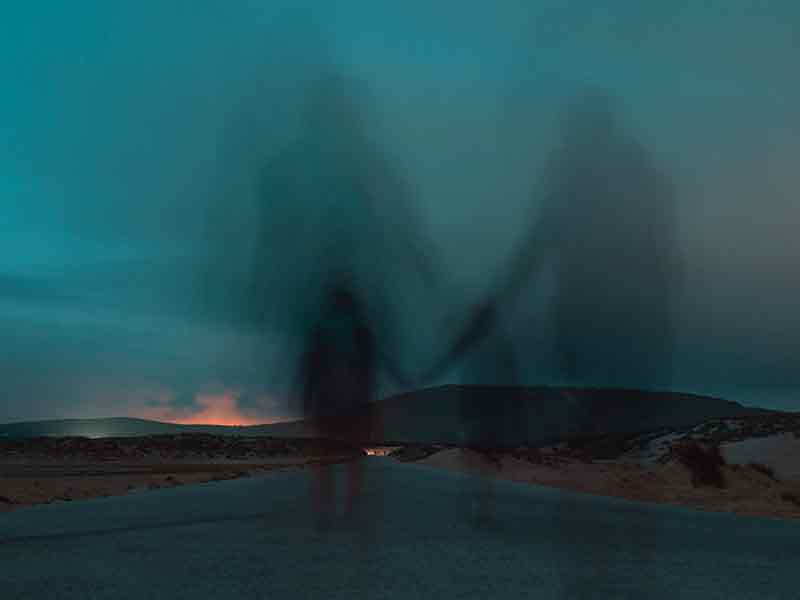 Can Ghosts Or Spirits Follow You?
When it comes to hauntings, many cultures seem to differ on their beliefs about ghosts. Some believe ghosts look like