If you’ve been reading our blog, you already know that ghosts aren’t always see-through people or floating sheets. They can be poltergeists, people-possessors, as well as shadow beings. They also don’t necessarily haunt specific locations. Some haunt people, while others hold a very close connection to specific objects.

One of the most commonly haunted object categories known to man are dolls. Dolls, for some reason, tend to get spirits attached to them more frequently than just about anything else. So, what causes dolls to become haunted? Are they truly possessed? And what’s the worst that could happen if you buy one? Here’s the scoop.

Haunted dolls are exactly what they sound like. They are otherwise normal dolls that have ghosts, spirits, or even demons attached to them. In many cases, the dolls are linked to high levels of paranormal activity, including things like disembodied voices and the dolls moving on their own accord.

Owning a haunted doll isn’t exactly fun or entertaining. Many people start to get alarmed when they notice a doll move around on its own or even change locations without anyone touching it. Some doll owners also experience frequent nightmares, disembodied voices, and loud bangs around the area.

Why Do Dolls Become Haunted?

No one really knows why dolls are so likely to become haunted or possessed. However, many cultures believe that the human-like appearance of dolls makes them a preferable vessel for spirits that want to possess an object.

If you think about it, it makes sense. Dolls have eyes, faces, hands, and legs. If you could possess any item and move it around as you see fit, wouldn’t you want the item in question to act similar to the body you once had?

While it seems pretty common for spirits to inhabit the dolls, nothing really says that all haunted dolls are possessed by demonic spirits. However, having a haunted doll never seems to be a good thing.

At best, they’re just creepy when they turn their heads toward you. At worst, they cause terrible luck and attack you in your sleep.

The jury is still out on that, and one could actually argue about it depending on your definition of a curse. Not all possessed dolls were made that way by a spell–or at least, not to mainstream knowledge, anyway.

Even though they aren’t “hexed,” these dolls still tend to bring misfortune and terror with them. People affected by the doll also tend to develop obsessions over them, too. So, while they aren’t necessarily cursed by a person, they definitely seem to carry their own unique curse with them wherever they go.

Much like with the truth behind ghostly hauntings, there are a lot of different explanations as to how a doll can become haunted. The two most common theories involve spirits choosing to inhabit the doll as a way to communicate with the living and living people using spells to turn a doll into a possessed item.

One of the most famous cases where a haunted doll seemed to be willingly inhabited by a malevolent spirit was Annabelle the Doll. Pop culture fans might recognize this doll as the tiny terror that inspired the movie The Conjuring.

In reality, the haunted doll was a Raggedy Ann doll that was allegedly haunted by a girl named Annabelle. The doll’s owners quickly realized there was something far more sinister after it began to attack them. To try to prevent activity from escalating, they called in paranormal investigators to look into the subject.

Famed paranormal experts Ed and Lorraine Warren took a look into the doll’s behavior and quickly labeled it demonic in nature. The two took the doll to their paranormal museum, where it stayed ever since. Even today, people claim to have bad luck after insulting the doll…and some even claim to see Anabelle move on her own.

Robert the Doll is a great example of the other form of haunted doll origins. This strange doll was allegedly the result of a voodoo spell done by a jilted housekeeper who gave it to a young Robert Eugene Otto as an act of revenge against Otto’s parents.

Otto quickly became obsessed with the doll. It quickly gained a grip on him that remained with him for the rest of his life. People around Otto also started to notice something a little “off” about the doll.

Legend has it that Robert the Doll is extremely animated for a doll, even among voodoo doll examples. Over the years, people claimed to see it move, talk, and even change its facial expression. It seems like a fairly sentient doll.

Warning Signs Of A Haunted Doll

Worried that a certain doll you bought or were given might be haunted or possessed? These signs suggest that you might be onto something:

Can You Buy A Haunted Doll?

Believe it or not, there seems to be a fairly large market on eBay for haunted dolls. Multiple suppliers exist, each claiming to have dolls that are haunted by everything from small children to straight up demons.

News of the haunted doll sales started to reach mass media last year, and while there weren’t any guarantees that the dolls were, in fact, possessed, it was still quite spooky for most people to hear about.

Are All Haunted Dolls Human-Like In Appearance?

Not always. There have been cases where haunted dolls have actually been stuffed toys that were in the shape of animals. You can often find stories about non-human dolls online, on forums like Reddit.

The Case Of The Thrift Store Giraffe Doll

One Reddit user’s sister bought a haunted giraffe doll from a thrift store, even though the doll itself seemed rather alarming in appearance. Her sister adored it, so the family put up with it for a while. But soon, things started to get a little creepy.

The giraffe doll would be found in rooms where it wasn’t left, or in positions that people didn’t leave it in. The OP also claimed that she’d wake up to the giraffe on her bed, staring at her. Sometimes, she would even see it reposition itself while it was in the same room with her.

The doll’s strange behavior didn’t stop there. Soon, family members started to hear thumping coming from the hallways when the giraffe doll was left alone without the sister. It got even worse.

The original poster eventually was the only one in the house one night, and the thumping started to get louder. Soon, a low male-sounding moan started to echo through the halls–and unsurprisingly, the doll started to move on its own.

The poor poster had to deal with an entire night of thumping, moaning, and later on, strange shadow figures. After that night, the family got rid of the giraffe and all the other thrift store animals they bought. We can’t blame them!

How To Deal With A Haunted Doll

With many hauntings, the easiest way to make the paranormal activity stop is to perform a cleansing rite or to burn sage around the area. With haunted dolls, things are rarely ever so simple.

For reasons not quite known to paranormal researchers, dolls don’t seem to behave the same way when cleansing rites are performed on them. In fact, in many cases, the rites seem to have little to no effect–or they just appear to anger the spirits in the dolls.

For the most part, the only way people ever really seem to make the hauntings end is by giving the doll away or throwing it out. Dolls that are more famously haunted tend to find their way into museums dedicated to the paranormal, where people who are well-versed in keeping cursed items tend to keep them. 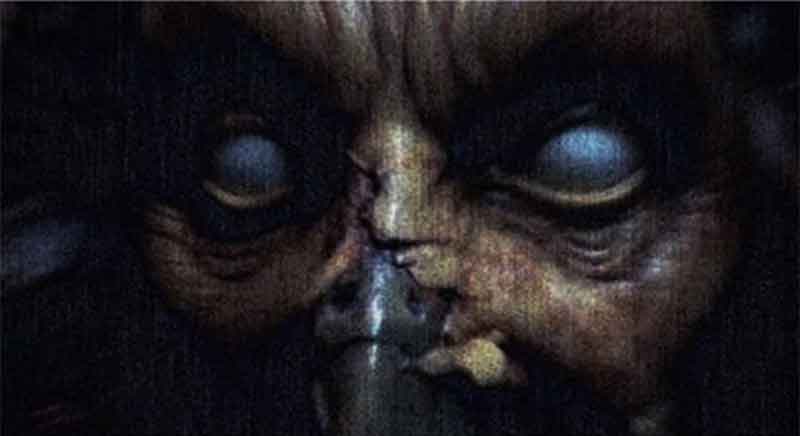 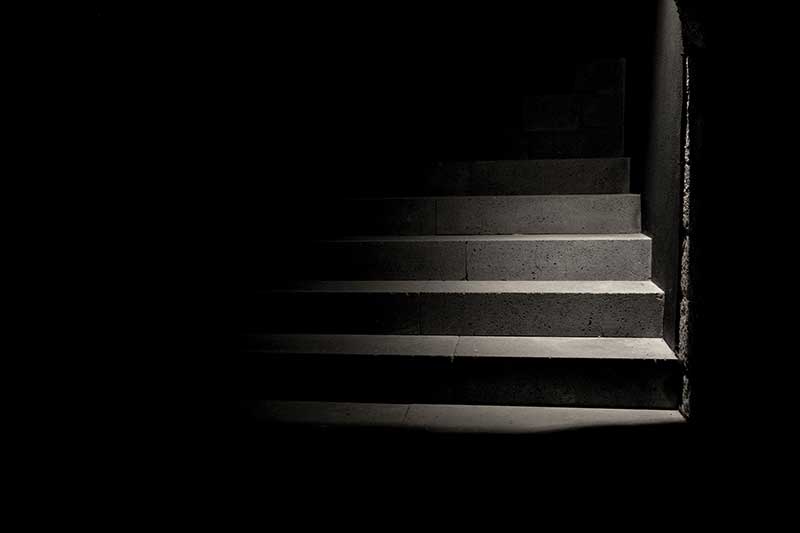 How Are Ghosts Made?
In virtually every society, ghost stories exist. Some are about vengeful spirits, others are about spirits that just never seemed 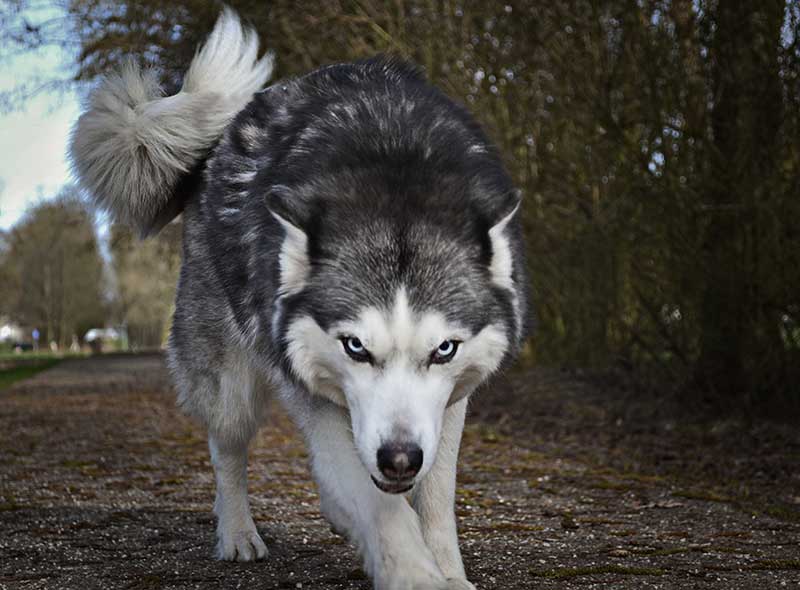 Spirit Animal Guide
Understanding Spirit Animals Native American religions are shrouded in mystery for the majority of non-natives, but once in awhile, you’ll