You are walking on a trail in the woods near your home. You know these woods well and have often spent time photographing nature here. You aren’t just familiar with the territory, either. You’re a fairly talented woodsman who has walked major trails throughout your area and spent weeks camping. Heck, you’re an Eagle Scout!

But, suddenly, something doesn’t feel right. You can’t help but start to feel unsettled like someone is watching you. You keep walking, feeling like the sensation is all in your head. The feeling starts to get more intense, with every step you take giving you a vibe that you are about to be hunted by something huge.

No, this isn’t normal for you. You start to feel seriously uneasy as if the next step will be your last one. You feel hunted, and whatever is hunting you is really, truly scary. You then notice that the entire forest is quiet. You start to run, and you keep running until you feel okay once more.

Congrats! You’ve just experienced what is known as PANic in the woods.

What Is PANic In The Woods?

PANic in the woods is a paranormal phenomenon old as time. It’s the sudden onset of a feeling of being hunted by an unseen creature in the woods, often followed by a sudden quiet over the area where you are currently walking. The experience gives you an overwhelming urge to run, seemingly out of nowhere.

Those who experienced PANic in the woods call it “the most primal fear imaginable,” likening it to being as close to death as they ever came. The feeling doesn’t subside until you start to run, and continue to run for a serious distance.

The phenomenon has a particularly strong tie to Western Europe, and that’s actually hinted at by its name. The name is an allusion to the god Pan, who was a forest trickster known to startle people who wandered into his domain.

How Is PANic Described?

Scary tends to be the easiest way to describe it, but it really is far more involved than a typical spooky feeling. It’s a sense of foreboding, anxiety, and unease that permeates your entire body seemingly out of nowhere. Most people who are unlucky enough to experience it claim that they have an overwhelming feeling of being unwelcome where they are that only seems to subside when they leave.

Some people don’t just feel a sense of urgency; they feel it too. PANic is said to cause a buzzing in your ears or a sense of vertigo. The entire wooded area seems to be affected by PANic, with birds and animals growing increasingly quiet as the “lifeless” vibe seems to settle in.

When someone experiences PANic while walking their dog, the phenomenon’s onset also seems to place dogs on edge. It’s not unusual to hear of hikers that have dogs dragging them away from the area where PANic started to set in. Some also report their dogs letting out a low growl or staying perfectly still as if hiding from something.

Though the sense of foreboding and danger is the most commonly brought up theme of PANic, there’s another one that is equally alarming. It’s the almost deafening, sudden silence that people notice during its onset.

When a moment of PANic sets in, people start to realize they no longer hear birds or insect chirping. The only sounds they can hear are the sounds of the leaves crunching underneath their feet.

The silence has a very paranormal feeling to it, even going so far as to affect aspects that shouldn’t possibly be capable of being silenced. For example, hikers who were near busy roads that experienced PANic noted that they could no longer hear the rushing of cars on the street despite knowing that the road would be busy at that time.

One could argue that PANic in the woods is a natural instinct humans have when they are being stalked by big prey. That wouldn’t be too far off in some cases since people have reported similar experiences when stalked by large predators like bears and cougars.

However, there’s a very striking paranormal element to PANic. In a typical hunter-prey situation, you can see what’s stalking you eventually. With PANic, the “predator” is always unseen—or at times, a paranormal creature like Bigfoot.

What’s interesting about PANic in the woods is that it doesn’t just affect a single person; it affects groups, too. People who have experienced it in a group explain that everyone felt the exact same thing, even when the fear wasn’t openly communicated.

For the most part, PANic seems to be more about silence and dread than anything else. For a select few, the phenomenon is also paired with a telepathic message.

A small percentage of hikers who experience PANic claim to get “messages” from unknown sources in their minds warning them not to come back. Some also get a mental image of a wild animal or terrifying creature chasing them out of the woods.

Close Calls With The Strange

Though many people never see what sparks the PANic onset, some do glean a little insight into what may be out there. Sometimes, people are able to see a shadow of a very tall person peek out from trees. Other times, it appears to be a far more worrisome experience that makes them doubt their reality.

This was particularly true with a story discovered on Reddit, written by a woman who experienced it with her husband. The couple noticed that their cat ran into the woods one day. They pursued the cat, calling out to it. The cat kept meowing, urging the two to go further and further into the forest.

Eventually, they started questioning how their cat could run miles into the forest in such a short time. The cat’s meows suddenly stopped, and PANic set in. They decided to turn around and run back home. The very cat they were chasing was waiting for them by their backyard door, which suggests that something was mimicking its voice in order to hunt them down in those woods.

What Causes PANic In The Woods?

Truthfully, no one really knows. Perhaps, in some cases, there actually are predators that are stalking people in the woods. It’s very likely to be a cause, at least once in a while. However, that doesn’t explain all of the cases, especially when it comes to moments where it’s abundantly clear that there are no potential predators nearby.

Psychologically speaking, it could be that PANic has a legitimate cause. It could just be an effect of “psyching oneself out,” similar to the way people tend to feel creeped out by a place that’s reportedly haunted—even when it’s not. In terms of group experiences, this could be chalked up to folie a deux or group hysteria.

That being said, science alone can’t really explain all of the sensations people feel during a PANic onset. It also doesn’t fully make sense when you consider how many mentally stable, veteran woodsmen have felt it. It’s likely that a paranormal element is at play.

According to ancient European folklore, PANic in the woods is caused when the forests decide to “fight back” against people they perceive interested in doing it harm. Could it be that forest spirits feel encroached-upon in this era of ever-expanding urbanization? Who knows? Considering how much forestry we’ve decimated over the past decade, this phenomenon seems justified.

In recent years, people have started to become aware of strange disappearances in national parks and other similarly wild areas. The disappearances were highlighted in David Paulides’s book, Missing 411.

The cases highlighted in the book are extremely strange and happen to people of all ages and backgrounds. Many of the people who vanish do so within feet of others, without a noise. When the victims of the disappearances are found, they’re usually found miles away in areas that are nearly impossible to travel to.

Considering how bizarre the cases in Missing 411 are, it’s not surprising that there’s an ongoing theory that PANic in the woods may have something to do with it. Some suggest that PANic is a way that the human body protects itself from whatever is causing those disappearances since it seems to be an unknown force that takes people away.

Some people who had close brushes with Missing 411 cases do sometimes mention a pervasive sense of being watched. However, most people who were close to the vanishing party do not recall anything particularly unusual in the moments leading up to the disappearance.

The vertigo and “buzzing” aspect of PANic should be worrisome and might be to blame for some disappearances. People who have experienced the disorientation aspect of this phenomenon often get lost for hours.

Just As Quickly As It Settles In

PANic’s extremely sudden onset is striking enough, but what’s even stranger is that the feeling subsides just as quickly as it happens. The only way to make PANic end is to run away from the area. Once people flee a certain distance, the PANic subsides.

What’s strange is that people describe the fear subsiding almost like crossing a threshold. One minute, the entire area feels terrifyingly foreboding. The next, it’s as if nothing happened and the woods go back to being as welcoming as possible. 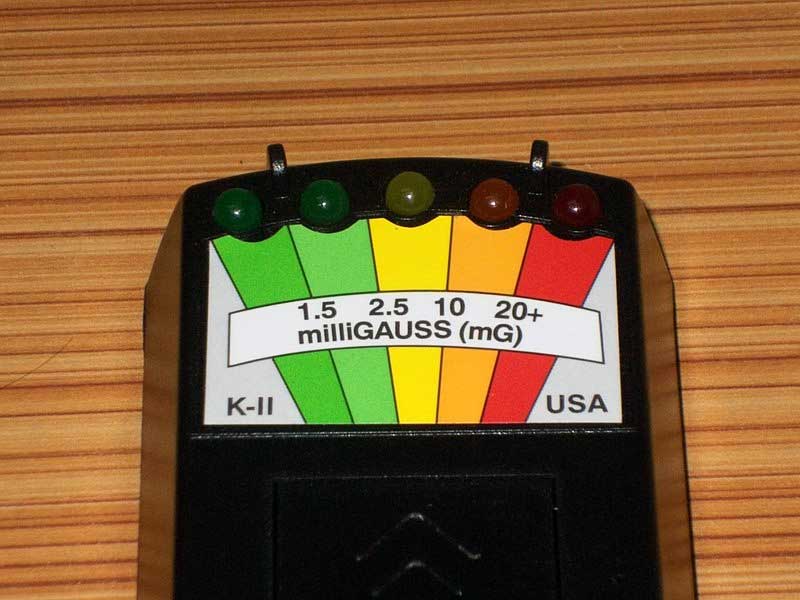 Best EMF Meters and Detectors for Ghost Hunting – 2021
To be a ghost hunter, you need some essential pieces of equipment. This includes an EMF meter to help you 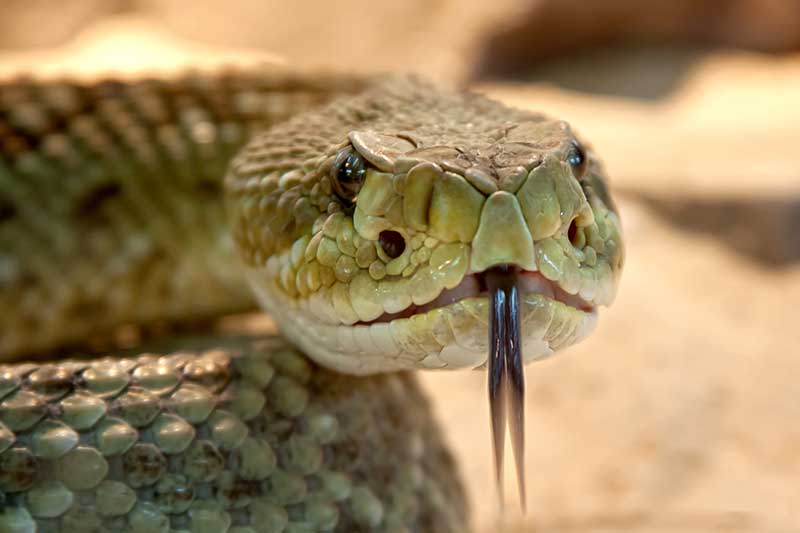 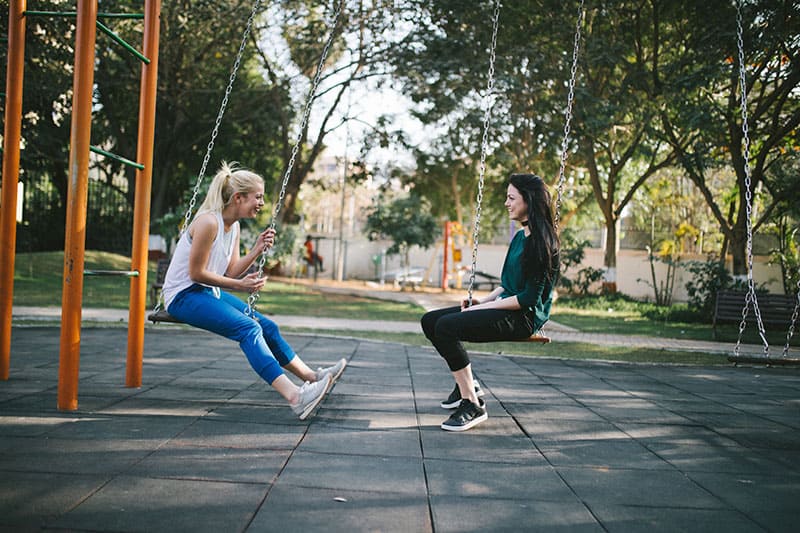 Attunement: What It Is and How It Affects You
Introduction to Attunement In your lifetime (or lifetimes, if you believe in reincarnation), your soul's energy is unique to you.