People making their first foray into the paranormal often wonder what they should look for when seeking out signs of spiritual activity. Visual signs, such as actually seeing a ghost appear in front of you, are fairly obvious. EVPs caught on tape or disembodied voices, too, can offer serious evidence to a haunting or spiritual presence.

In ghost hunting shows, we often see the hunters get evidence of shadow people, things moving by themselves, or even voices that belong to no one echo out in hallways. Truth be told, most spirits aren’t powerful enough to manifest themselves so clearly. Even among television shows, those instances are rarely ever legitimate.

In reality, most encounters with spirits are fairly subtle. However, there is one go-to sign that regularly is mentioned among all paranormal gurus: cold spots.

A cold spot is literally what it sounds like: a spot in a room or area that is unusually cold compared to surrounding areas. It’s not a subtle type of coldness, either. Cold spots can dip as low as 20 to 40 degrees Fahrenheit when compared to areas just feet away.

It’s important to remember that there is a paranormal definition to this term. Cold spots are not really explainable, per se. In order for a cold spot to be considered a legitimate cold spot, there can’t be an explanation as to why the area is so cold. So, opening up a refrigerator door wouldn’t create a cold spot.

Cold spots aren’t drafts of cold air, nor are they gusts of wind. They are unnaturally still, cold areas that just seem to be unable to be heated up.

Where Are Cold Spots Found?

Technically, a cold spot can be found anywhere. Though rare, it is possible to have a cold spot in nature. The problem with this issue is that there are a ton of factors surrounding open areas that could contribute to a cold spot. It’s just hard to fully ascertain that what you’re feeling is a legit cold spot.

Because of the difficulty that nature can present in detection, they most often are found in buildings. This is because ghosts seem to enjoy inhabiting buildings, especially if the places are abandoned.

Nope. Hauntings and paranormal activity is a grab bag. You never know what signs you’ll get, where you’ll get them, or if you’ll get them. If you don’t get a cold spot in a ghost hunt, don’t get discouraged. You still may experience the paranormal, though it may be in a different way than what you’ve expected.

Well, it’s obviously cold. What makes it different from other sensations of a chilly cellar or a randomly cold area is the type of cold it feels like. Many people who are sensitive to the otherworldly claim that cold spots are a unique type of cold.

Rather than just giving you a skin-deep chill, cold spots can make you feel cold right to the core. Some would describe it as an energy-filled coldness, or a “cold touch without a touch.” In some circumstances, cold spots also come with physical sensations like tingling or the feeling of “spider webs” crossing your path.

Can Cold Spots Move Around?

Yes, they can. In fact, they often do—but not like a gust of wind or a breeze. When cold spots move, the air stays still but the icy feeling starts to drift from one place or another. Many paranormal researchers believe that this is a sign of a ghost or spirit “walking” around.

Many people have felt the unsettling sensation of a cold spot moving through them, too.

Why Do People Think Cold Spots Are Signs Of Ghost Activity?

Paranormal researchers and paranormal scientists believe that if ghosts do exist, that they are entities of energy. In order to manifest in this world, spirits would need to get energy from their surroundings. Heat is a form of energy, and it’s possible that spirits find heat easy to siphon for their own purposes.

In this theory, ghosts that use heat to “power” themselves and interact with the living would naturally create cold spots as they “charge up.” Some also may believe that cold spots are a sign of a ghost just trying to tell others that they’re around.

The short answer is yes, the longer answer is that it all depends. Here’s what you have to remember about these strange cold areas, and why it may pay to take things with a grain of salt.

A Skeptic’s Take On Cold Spots

Not all cold spots are paranormal in nature. Sometimes, they can just happen due to movement in a room. Cold spots can be caused by a variety of other mundane reasons, including disturbances in the air and humidity fluctuation.

Some studies suggested that cold spots may just be a random coincidence that we misread when it comes to diagnosing a haunting. One study revealed that areas purported to be “haunted by cold spots” were all significantly less humid than those that were considered clear.

There’s always the chance that we are all just psyching ourselves up by believing in cold spots. That’s why skeptics aren’t all for the idea of this phenomenon being ghost-related.

A Believer’s Take On Cold Spots

Though studies do show a link between humidity and cold spots, it doesn’t explain everything. It’d be a lie to say that there isn’t a serious correlation between cold spots and recorded evidence of paranormal activity. Many paranormal researchers will tell you that cold spots tend to precede other, more serious phenomena.

For example, it’s not uncommon for ghost hunters to feel cold spots shortly before they catch a shadow person on camera or see their EMF readings go haywire. It’s also not uncommon for cold spots to arrive during seances, ouija experiences, or similar rituals. Some would even swear it’s a precursor to audio or visual activity from the unseen.

As far as the humidity correlation, it’s hard to really discredit that. It’s also hard to assume anything about the unknown, primarily because we don’t really know how spirits work. There’s nothing to say that ghosts can’t be water-averse for one reason or another, you know!

Tech is a ghost hunter’s best friend, and in this case, they most often use infrared cameras to see where cold spots are during an investigation. Infrared cameras can show what the cold spot looks like, how large it is, and can even help narrow down its sources.

How Can I Tell If It’s A Ghost Or Something Mundane?

Mundane issues, like cold areas in rooms, can be fixed with an open window and a little insulation. Sometimes, you might not be able to figure out the “why,” but you just don’t feel like anything else is happening. This generally won’t happen with a haunting.

You see, ghostly activity rarely just has one symptom; it’s a plethora of strangeness all wrapped into a single package. If cold spots are happening because a ghost wants to manifest itself, cold spots won’t be the only thing you experience in most cases. You might also notice electronics malfunction, batteries from flashlights and phones drain quickly, and also just get a general sense of not being alone.

If you are in a potentially haunted area for a while, you’ll also start to notice other things crop up. Paranormal activity tends to escalate once it’s used to the people who regularly frequent it. So, you might experience strange dreams, hear voices that aren’t there, or see shadowy figures out of the corners or your eyes.

How To Use Cold Spots On Your Ghost Hunt

Cold spots don’t always happen, but if you come across one during your hunt, you’re in luck. A cold spot can act as an excellent guide on where you should set up cameras, or try to interact with spirits. People who find cold spots are more likely to be able to find some evidence of the unknown in their hunt.

Generally speaking, if a spirit is trying to make itself known via a cold spot, it wants you to hang around and see it. Otherwise, it wouldn’t be mustering up all that strength just to chill out in the afterlife. If you want to get to see a spirit on your hunt, keep an eye out for cold spots. It’s a spirit’s way of saying, “I’m here.” 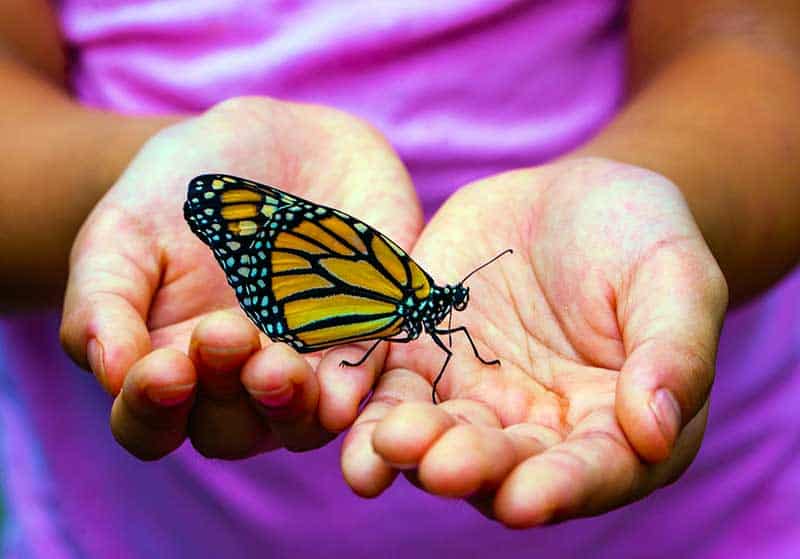 What it Means When a Butterfly Lands on You – Spiritual Significance
Has a butterfly ever landed on you? Chances are, you didn’t think of the spiritual meaning of that butterfly, and 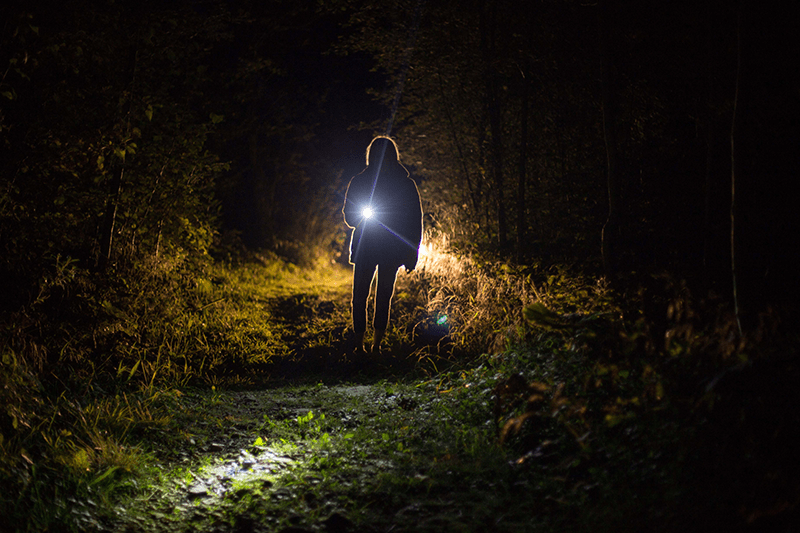 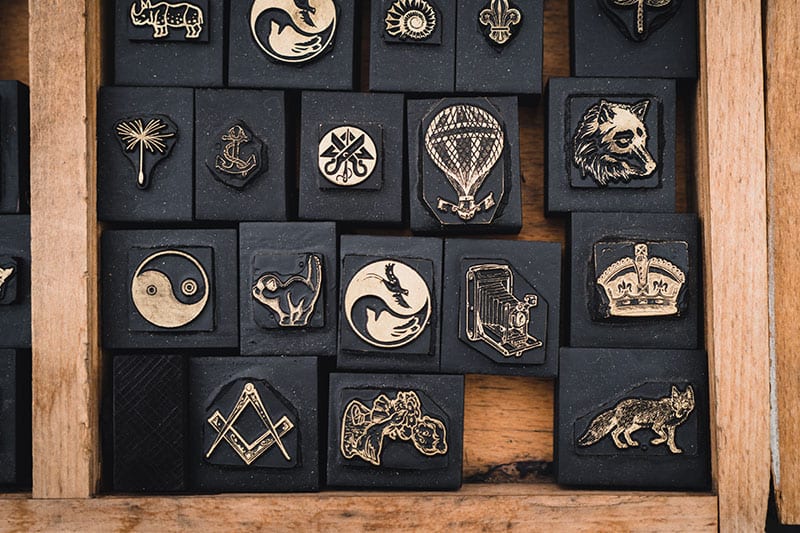 Wealth Symbols and How To Acquire Money, Prosperity, and Fortune
Introduction to Symbols for Wealth, Fortune, Prosperity, and Abundance While money cannot buy happiness, anyone's life can be improved with