Dreams are our abstract thoughts, feelings, emotions, and ideas jumping around in our minds while we sleep. They are full of symbolism that is meaningful for our lives, as it’s the rawest view into our unconscious mind. Sometimes that symbolism takes the form of numbers. What do numbers mean in dreams? Are certain numbers better than others? Let’s take a closer look.

How Do Numbers Manifest In Our Dreams?

When dreaming, there are multiple ways your unconscious mind my express numbers to you. They may be written down, or on a screen. For example, you may see the number “3” painted onto a wall. However, numbers don’t always manifest as written digits. Sometimes we need to look a little closer at our dream world and find the other curious ways numbers manifest. Perhaps it’s the number of something you may find in your dream, like coins or lights. Take note of how many doors there are in your dream.

Count as much as you can in dreams, check how many keys are on your key ring—maybe even count the fingers on your hand. You may be surprised. Take note if something is amiss.

When we see a digit written down, that is pure numeric symbolism. When the number of something else is important (like, how many fingers you have) that is layered symbolism, because it’s a combination of the number and the object (in this case, your fingers).

Why Do We Dream of Numbers?

We dream of numbers for all sorts of reasons. Overall, numbers are best to understand as symbols because they can have several interpretations. Oftentimes, if we’re dreaming about pure numbers, like numerals written down or on a screen, it means we are looking for logic, order, and understanding. Numbers imply order. After all, we always count in order, we take numbers when we wait in line, and we put our music playlists in an order from first to last. Numbers are the way we order the world.

It makes sense that when we are seeking order and concrete understanding in our life we would dream of numbers. They are easier for our minds to grasp in the midst of a dream as well, providing us with something we can pull out and examine in our waking life. There is a clear meaning wrapped up in a number that cannot be easily written off by the inherent strangeness of dreaming. Don’t ever assume that a number in your dream is random—it almost certainly is not.

If you’re in a room with one door, it may symbolize you are faced with a path that you are reluctant to go down. While a room with two doors symbolizes a fork in the road of your life; it symbolizes decision making. If your guitar has five strings instead of six, or maybe three of them are broken, it may mean that you are lacking harmony in your life and that you need to ‘change your strings’. If you have an extra finger, perhaps you have your finger in too many pies.

Dream experts and numerologists will often say that it is always best to break a number down to as few digits as possible. What exactly does that mean? Well, if you have the number “1993”, you would add 1 + 9 + 9 + 3, which equals 31. Then again: 3 + 1 = 4. That’s how you break a number down. However, that isn’t always the best way to do it. You are the best judge of the numbers in your dream. If you recognize somebody’s birth year or death year, that may be the correct understanding of the number.

Two-digit numbers can be complicated. Sometimes it is best to combine the digits, so a number like 54 would become 5 + 4 = 9. In that case, we now have four different numbers to associate with 54: five, four, nine, and two, for the number of digits there are.

Keep in mind that the more digits a number has, the more complex it becomes and the more component numbers there are. Larger numbers are less common but they may be the result of your unconscious mind attempting to convey a large amount of information to you. Always try to take note of them and take them seriously. Write them down quickly after waking to preserve them as larger numbers tend to be fleeting.

The Common Numerals And Possible Meanings

One means wholeness. It also symbolizes standing solitary, aloneness, individuality, and independence. The self is commonly what is being symbolized by one, as your self is the most immediate recipient of your experiences. You should prioritize yourself, but also remember to remain part of the whole. It also signifies focus.

With two, you’ll find balance is a common theme. It also points towards relationships and mutual understanding. Commonly it is thought of as the number of choice and opportunity, as it implies multiple options or perspectives. Balance is the central theme, though. Keep your options, perspectives, relationships, and finances properly balanced.

A volatile number, three often signifies change, chaos, and evolution. It may be a sign of ambition and risk-taking and is generally understood to be an indicator of creativity. If you’re seeing three in your dreams, maybe you should go try that risky thing you’ve been waiting to try, or perhaps create a piece of art or creative writing. Go ahead and just do something without thinking about it, it will be okay in the end.

The most grounded of all the single-digit numbers, four implies great stability. Think of the four corners of a room or the four legs on a table. It is from these that they acquire their qualities of support. Four is a good number to be seeing, and it suggests you’re in a good place overall. On the contrary, it also has an inherent quality of inflexibility and feeling held down. It is possible to feel too stable. Use your judgment.

A number that heavily suggests boldness and spontaneity, as well as the power of persuasion and desire for change. If you’re seeing five, it may mean it’s time for you to take the next romantic step if you’ve been feeling wishy-washy, or maybe it’s to ask for that promotion. Go out and give things a try, you’re much more persuasive than you give yourself credit for. It could also mean change in a pessimistic sense. For instance, it may mean that you should go ahead with the break-up you’ve been considering, or that you should quit your job. Trust your instincts.

Six is a fairly complex number in that its implications are contradictory and will require some thinking to fully unwrap. It is most commonly associated with family, home life, and the monetary parts of life. However, it may also mean that you require more balance in your life, or that a new love will enter your life shortly. This doesn’t necessarily mean romantic love. Oftentimes it means that you need to focus on the external, as opposed to the internal. See what you can do to nurture and foster good relationships with those around you.

The most spiritual number by far, seven is a special number to find in your dreams. It signifies enlightenment, divinity, healing, and spiritual understanding. Take it very seriously. Other meanings include eccentricity, artistry, uniqueness, and creative fruition. You may be close to attaining spiritual completeness, so don’t stop now. The moment you think you’re done attaining enlightenment is the moment you need to start over again.

Overwhelmingly the number that signifies power and dominance. It means overwhelming confidence and authority, so it is generally a number you should be happy to see in your dream. It may be your unconscious mind trying to tell you that you have much more to offer than you currently allow. It is okay to let out your inner “8” — It will only be to your benefit. Take charge of that project you’ve been afraid to champion. You know best when it comes to what you know best. Let other people know as well.

Commonly understood, nine symbolizes rebirth and reformation. If you see it, you may almost be through whatever personal evolution that you have been going through. It means that your old life, whatever that may mean, is coming to an end and your new life is just around the corner. Do not underestimate this symbol, because if you miss it you may be left behind.

Generally, zero symbolizes nothingness, emptiness, and the lack of substance. It can also signify circles, perhaps that one is going in circles and experiencing the illusion of moving forward while actually standing still. It is the opposite of one. Zero also represents the circle of life. 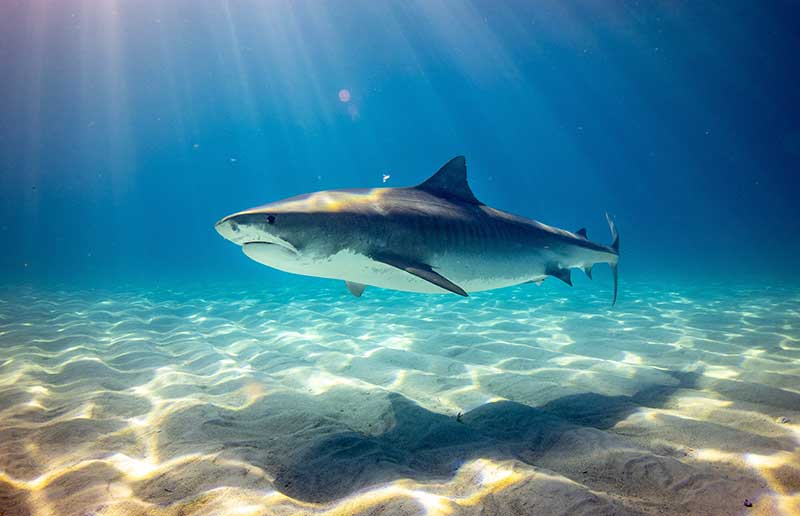 Dreams About Sharks – Meaning and Symbolism
Have you been having strange dreams about different animals lately? Interpreting your dreams can be a helpful tool in understanding 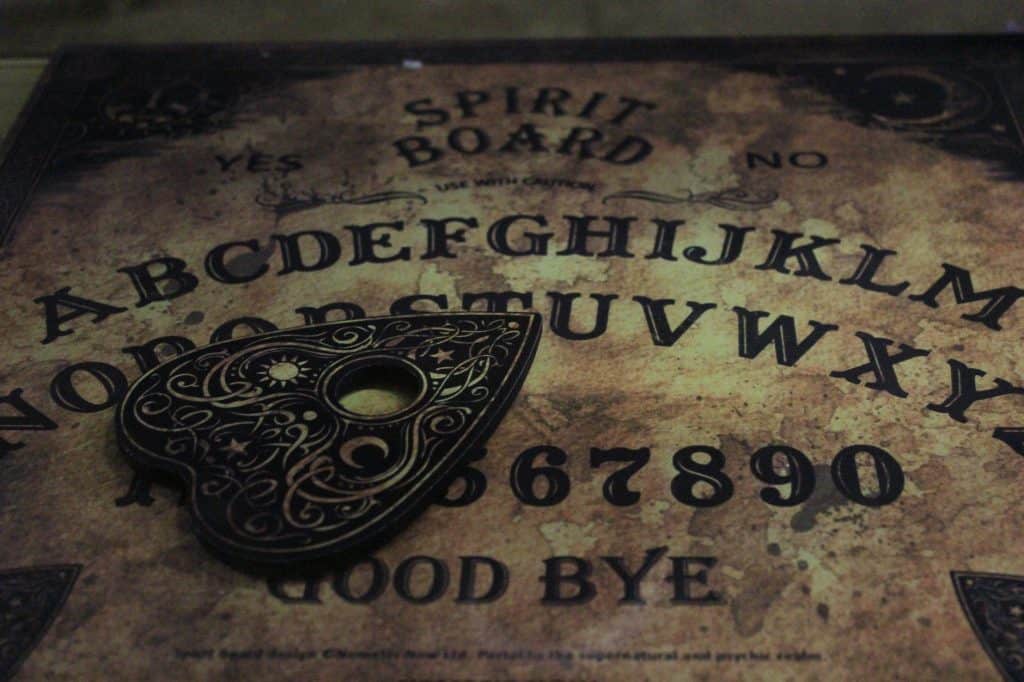 Ouija Board Danger Warnings: A Paranormal Advisory
Few items, if any, have as terrifying a reputation as the ouija board. Though you can easily pick one up 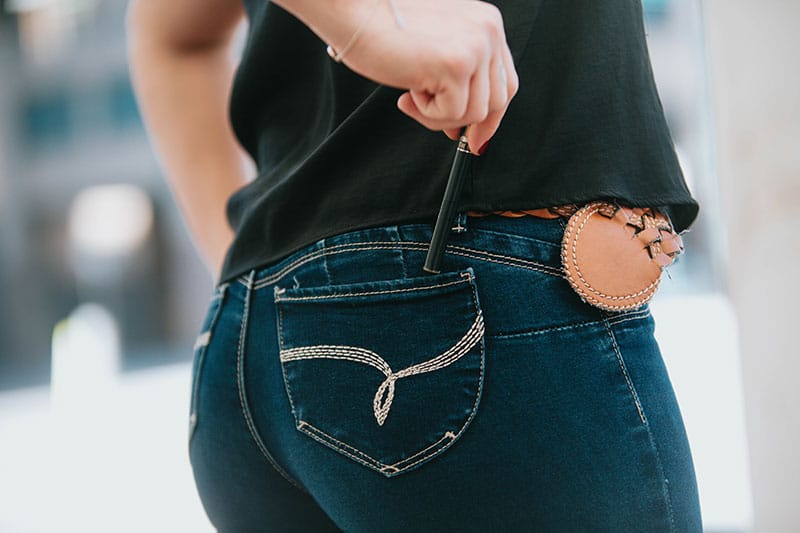 Itchy Bum Superstitions & Meaning
Unexplainable Itchy Bottom? Do you have an itchy bum? Can't stop wondering what the deal is with the persistent itch